Skip to content
Home » News » Review: The Cabin in the Woods

It’s a rare occasion that a horror film is called “the  best film of the year”. But in the case of The Cabin in the Woods, it’s something fans of The Hunger Games just might have to deal with. This film is that good. But this might be one of the hardest reviews I’ve ever written. Why? Simple — to give away any detail of this movie could easily ruin the experience for movie goers. With that said, let’s see what I can do to woo you over to drop your hard-earned coin to see this talkie from Hollydoom. 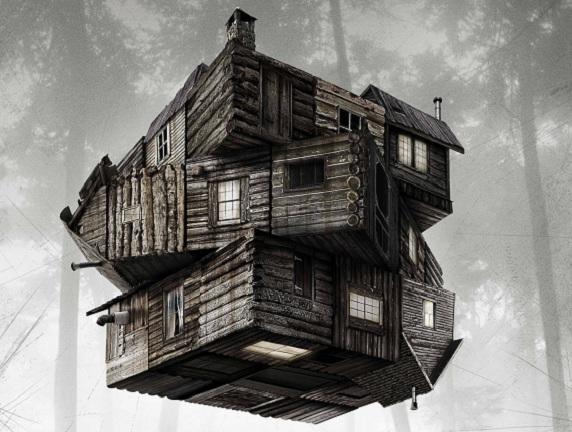 I should preface this by saying this movie shocked me on one particular level — that Hollywood actually produced. it. Yes it’s a Joss Whedon film. But Hollywood is now in the business of producing only remakes, romcoms, YA novel-to-film sure things, and action flicks with high gun-to-ab ratios. Horror films? Not so much. And when Hollywood does produce horror films, they tend to be of either the remake or torture-porn variety. So when something like The Cabin in the Woods sneaks through the might meat grinder that is Hollywood — pure goodness happens.

But what makes this film so good? With most horror films you have good versus bad and most of the time the delineation between the two is quite clear. White and black. Black and white. But Cabin tells the standards to ‘suck it’ and adds on the layers like a seven layer bean dip of doom that’s sure to shatter your tortilla into the tiniest of shards.

It’s not hellish. It’s not overly gory. It’s not filled with jump-cut after jump cut that’ll have you pissing your depends. What it has is more depth than many other films that have recently been released (regardless of genre) and a storyline that will have you thinking “Holy shit, if that were true…”

But ultimately, what this film does best is serve as an homage to the genre for which it belongs. It gives background and reason for horror films of all ilk. Even with an outlandish premise, you buy what Whedon is selling whole heartedly and even as you continue to wonder just what in the hell is going on, you dive in head first with a joy you might not have experienced since childhood.

Of course, maybe that sentiment is coming from a huge fan of the genre, but I firmly believe anyone who likes a well built film will enjoy this particular oddity. It has the usual crafting of a Whedon film (snarky, up-tempo dialog; an obvious boner for shooting down pop culture; and twists and turns you probably won’t expect).

Ultimately, this film is a must see for any horror fan. For others, it’s one you will most likely thoroughly enjoy. Hopefully, you’ve noticed I’ve given nothing of the plot away. Do yourself a favor and read nothing of the plot before you partake in this film. If you do, you’ll ruin the entire experience.