First it was the “zombie man” amped up on “Bath Salts” attacking and eating the face of a homeless man. The second that hit the intertoilet, the tales of horror began piling up! All of this combines to reach around, grab us in the junk, and tell us that we are losing our humanity. 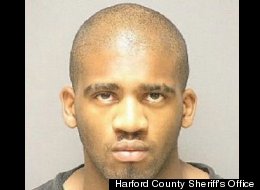 The Huffington Post reveals the story of Alexander Kinyua eating the brain and heart of his college roommate. The next story was from New Jersey where a man, Wayne Carter, repeatedly stabbed himself and then began tossing HIS OWN INTESTINES at approaching police officers.

All of this tells me one thing:

We are dropping our humanity into the crapper and flushing it down. No matter what is causing this (street drugs, cancer, bad TV), it screams de-evolution. It’s the only thing I can think of. We are reverting back to our cave man-like selves and running amok. The next stage is the donning of animal skins and clubbing our mates (only we won’t be able to club same sex mates as that will still be illegal).

And you know what’s sad about this — it’s only going to get worse, thanks to the shock value and everyone’s extreme desire for their 15 minutes of fame. I can see it now:

Rudy: Oh dude! I could get on the news if I take Bath Salts and munch on some fucktards face!

Jimmy D: Fucking awesome! I’ll film it on my phone and post it to Youtube. We’ll both be famous.

Hmmmm…let’s deconstruct this. Oh wait, we don’t have to deconstruct it, because we already know how ridiculous and TRUE it is!

I have an idea. If you want fame, do it the old fashion way. You either develop a talent that everyone wants to see or you sleep with someone who’s already rich and famous. Oh wait, scratch that last one, otherwise we’ll have another wave of Crudashians.

The moral of this story is — don’t eat people (or their parts). Leave that to us writers to create. Besides, if reality becomes sicker than anything I can pen, whatever will I do? Turn to romance?