Fellow Zombie writer, Jessica Meigs has her first book, The Becoming, published with Permuted Press. She has written a novella to support that book. Here’s what you need to know about it and where you can get it. 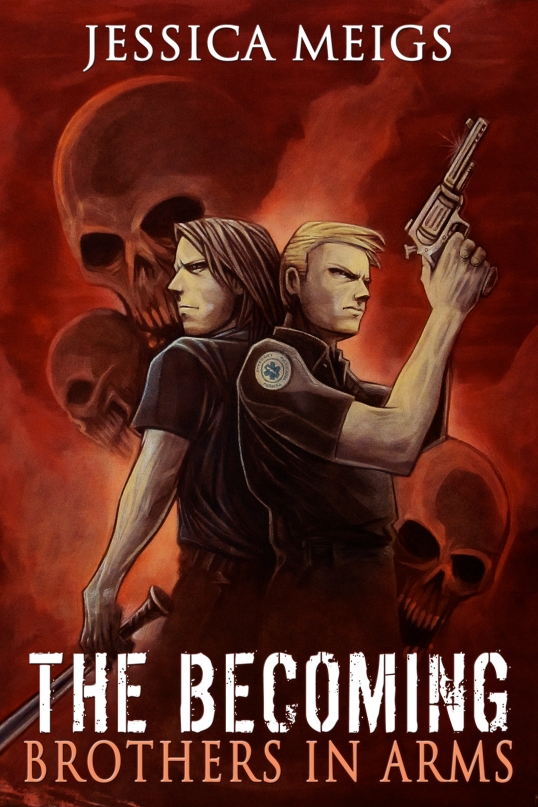 In January 2009, the Michaluk Virus escaped from the Centers for Disease Control and decimated Atlanta, Georgia.

In February 2009, the virus had spread to the major city centers of the southeast, wreaking havoc in Memphis, Birmingham, Mobile, Jackson, Biloxi, and New Orleans.

Then the virus reached Tupelo, Mississippi.

Theo and Gray Carter find themselves surrounded by chaos, death, and misery on all sides. As their worlds collapse around them, both are forced to do the unimaginable to not only ensure their survival but to protect each other from the cannibalistic infected that cross their paths.

Weaponless and alone, the two brothers quickly learn that the only thing they can count on is each other.

Purchase The Becoming: Brothers In Arms

Praise for “The Becoming”

The first installment of a projected trilogy, The Becoming isn’t exactly groundbreaking – its narrative force comes from Meigs’ ability to write a breakneck-paced, emotionally intense story that is powered by meticulous and insightful character development. This isn’t a novel
about the zombie apocalypse – it’s a novel about how a handful of heroic survivors deal with it. –Paul Goat Allen, Explorations: The BN SciFi and Fantasy Blog