Skip to content
Home » News » Deny it all you want, zombies are officially real!

Zombies!!! That’s right, they’re real now. The news is as old as your grandmas granny panties (redundant much?), but it’s so bizarre to most that people seem to be having trouble wrapping their living brain tissue around it. The scene was just as if it were pulled from the I Zombie series — a naked man enraged, takes down another man and begins dining….on his face. 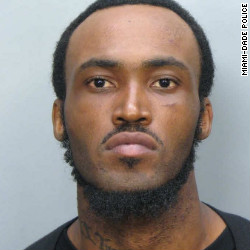 That’s right ladies and gentlemen of the jack-verse — a raging cannibal attempting to get to the sweet meats of an unsuspecting homeless citizen of Miami, Florida. The police couldn’t stop the monster from making a meal of the other man, until they shot him — multiple times!

But why is this happening? Is it some government conspiracy? No. Is it a mega-corp dosing humans for experimentation? No. It’s a bad street drug the authorities think is called “Bath Salts”. Bath Salts is a new form of LSD. This drug causes users to go completely insane, burn up with fever (hence the removal of the clothing), and become extremely violent. “Doctors and clinicians at U.S. poison centers have indicated that ingesting or snorting ‘bath salts’ containing synthetic stimulants can cause chest pains, increased blood pressure, increased heart rate, agitation, hallucinations, extreme paranoia, and delusions,” according to the NIDA report.

Those are qualities we all want in drugs right? Jebus Crisps! What’s next?

So, to all of this I have to say: People, are you crazy?????? Okay, so I figured the apocalypse was coming. But I wanted there to be some grand conspiracy, not a bad street drug called “Bath Salts”.

I get it. People will do anything for the next big high. But did anyone really think the next ‘big high’ would be a trip down undead lane? Seriously! If you are reading this, and you are working up a batch of Bath Salts in your basement — stop! Go back to the meth or coke or pot. Or, better yet, ride a bike! Do something constructive. Let those of us writing about the apocalypse dream bigger than some dumb ass concocting a lethal drug in their bath tub. Besides, do you really want to be the one to set off the end of the world as we know it?

Please — leave that the government or big corporations. At least when they do it, we’ll all get to enjoying coming up with crazy-ass explanations as to what the fuck happened!

Bath Salts. Great. Now someone is going to get rich writing that novel or filming that movie. Too bad I’m knee deep in my own conspiracy with the I Zombie series, or I’d write it myself. Of course…there’s no reason why I can’t use a bit of that story. Right? Muhaha.