NOTE: Get this, and more, first hand on Jaywilburn.com. Oh joy…oh rapture. 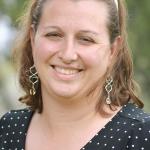 So this is the trigger warning this post might bother the sensitive or conservative in thoughts or ideals. I did name my blog unique life views for a reason so here goes. I have been watching the The Walking Dead for the first time ever since they had a New Year’s marathon with all of the episodes. I thought that this would be a good time to get started and see what all the hype was about. Well, five days later I had finished all four seasons and caught up thru season five. When I first left home after several days of binge watching to go back to real life, I kept looking over my shoulder expecting to see zombies coming after me. While looking at all these people who are just living life, I have been mulling over just who would survive an earth shattering Zombie problem. No, I don’t believe that zombies would really happen, but World War III or after all the riots lately, well anything could really be possible right? 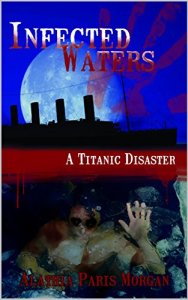 Now, so far you have been asking why the big warning? I was at church today and was thinking about the ladies in the choir. I mean really how many of them would last if there were zombies? Would we really see many Christians or church goers that survived six months or even a year? Yes, I know I’m supposed to be paying attention to the service and I was in a round about manner. I tried to focus until the preacher got up and started speaking. What he had to say sent me into another world solving question. He started out by mentioning something about all of the violence in the world and what effect that has on our personal lives.

He eventually got to his point about anger….which is where I didn’t hear much else because I was stuck on the thought of violence and Christians. So my rabbit went trailing away… Violence is seen by so many Christians as wrong. They try to cut it out of their lives by saying that videos and games with violence will make people prone to violence. Now, I have watched a lot of The Walking Dead episodes(almost 60) filled with violence and I have no compulsion to walk out and hurt people or zombies. So now comes the true trail that my bunny is hopping down while I sit in church. Do Christians as a whole not really remember their beginnings? (This is not an accusation, but more of a questioning of what we truly think.) I mean if we were to make a show about the defeat of David’s enemies or what kind of man Abraham was from actual Bible descriptions most of the church world would be appalled at the way in which events really happened. Now I’m about to really veer off the path a bit. So when watching #TWD I paid attention to the people that were left in the world as millions died and the zombies chase both the good and the bad.

Why were the majority of those that survive the ones that we see as morally bad? How come those that are taught to turn the other cheek weren’t the ones running the zombie world? Simply because they are so scared to be taken out of their comfort zones. I mean we don’t see any of the billionaires surviving because in a world were the toughest win; its not the meekest or the richest that make it. In watching there are many moments when you think as you watch, could I really run faster than someone else so that I don’t die? Or would you help save as many as you could and hope you all survived? See that is what the main characters of this show do time and again. Help others even when it isn’t always the best for the whole group. Now am I condoning everything that they (#TWD) do as acceptable for a Christian? No. On the other hand what do we do in our present world that helps and doesn’t hurt others? Are there ways that we can be strong, moral, role models helping others with what life dishes out before the world changes?  Instead of preaching about anger or against violence, why not preach on how to change the world of those around you?

Now, I’m not about to preach or judge anyone. If you have seen the commercial about helping one person and they pass it on, small actions do make a difference. Let’s be proactive in our good deeds. Take the intentional force and use of power of kindness and do something good everyday. May the good force go with you!!