NOTE: This was originally posted on the site of the sooper dooper Jay Wilburn.

Read this excerpt from chapter 2 of Re-Civilize Chad Book 1 by Rebecca Besser. If you like what you read (which you will), pick up the book to check out the rest. 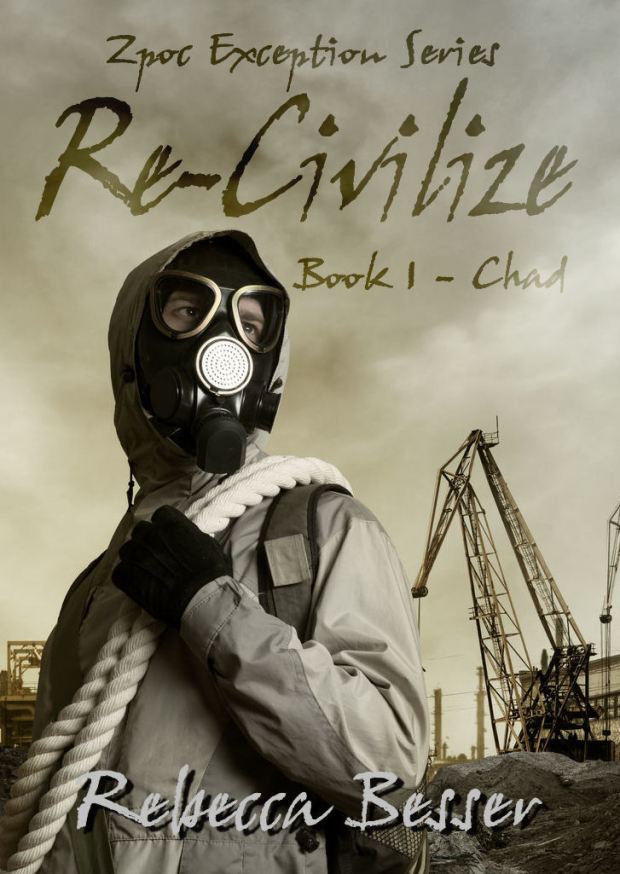 Chad hates everything about life. He hates his sister for being a brat, his parents for being in denial and pretending life is perfect, and the world he lives in for the adherence to social pressures and norms. He wants it all to go away.

When the zombie apocalypse wipes out the world he’s used to, he’s left alone…and bitten. He’s sure he’ll die and become one of the undead. Instead, he becomes severely sick and recovers…still fully human.

Believing he can’t be the only exception, the only one immune to the zpoc virus, Chad goes out into the world to find others like himself. Once he does, he’s sucked into a plan to re-civilize for the good of all the survivors.

Chad and the other exceptions are expected to protect and provide for the weak and vulnerable survivors. He’s not sure he wants to take on the role expected of him in the new society, but he knows that if he refuses the survivors will die.

The fate of the human race weighs heavily on Chad’s young shoulders and he has to make a decision that he can live with in the new, re-civilized world. 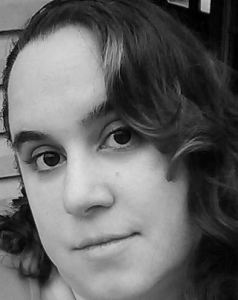 Pot makes everything better. I can smoke the shit and just drift away on a cloud of peace…even after my dad’s fornication in the living room. I don’t know if I’ll ever be able to watch TV in there again. I definitely won’t be able to put anything on the coffee table.

Once I’m well-baked I get back to my plans for the day. I’ll have to deal with the family bullshit soon enough, and that will destroy what little good is left in my day-to-day life.

My parents are assholes, I think as I get comfortable in my gaming chair and turn my system on. They’re stupid and keep fucking everything up. I can’t wrap my head around people who would have children and then fuck them over by fucking each other over again. It probably has to do with all the civilized society bullshit of keeping up appearances. It could also have to do with money. I’ve known for a long time that neither of my parents were happy, but I also know we aren’t rolling in money either. I’ve heard from my friends with divorced parents that all the financial shit gets worse with a divorce. Maybe they were keeping it together for us…me and my sister.

As my game booted up I forced myself to stop thinking. I blasted away at enemy aliens trying to take over planet Earth, and when that became boring, I switched to killing some zombies – I loved how their heads exploded in a plume of viscera.

Hours passed while I played game after game, eating snacks and drinking beverages. I didn’t realize how long I’d been playing until I glanced at my clock – it said it was 7 PM.

I took off my headphones and listened. I didn’t hear anyone in the house. Usually, by now, my mom would have checked with me to make sure I’d done my homework and would be making supper.

I stood, went to my bedroom door, and opened it.

Nothing but silence, and there were no food cooking smells.

I headed downstairs while checking my phone to see if Mom had left me any messages. I had no voice mails and no text messages.

There were no lights on anywhere, so I turned them on as I went through the main level of the house, looking for my family.

I didn’t find anyone.

I dialed Mom’s cell phone and waited through all the rings. I left a message:

Fear settled into the pit of my stomach, stirring up the snacks and sodas I’d consumed. I felt like I was going to vomit. And the thought of calling my dad doubled the anxiety I was already feeling.

There was no answer from him either.

I rushed into the living room, forcing the images my mind flashed of my dad’s fornication to the wayside so I could get the remote and turn on the TV. I figured something had to have happened for both of my parents to be unreachable and not home, and it had to be big enough to make it on the news if that was the case.

What the screen portrayed gut-punched me. My churning stomach rejected its contents and I spewed all over the arm of the couch, the coffee table, and the floor. The hot, acidic vomit shot out of my mouth like I was a bottle of soda that had been shaken and opened.

The news showed thousands of mutilated bodies. As I watched and wiped my mouth with the back of my hand, the bodies started to move and rise. Before my very eyes, I saw zombies.

My mind fought between thinking it was awesome that there was a real zombie apocalypse, to being disbelieving, and then to being extremely afraid. I flipped from channel to channel just to check and make sure it wasn’t some kind of hoax. It wasn’t. Every channel seemed to be broadcasting emergency messages that were all shockingly similar: THE DEAD ARE RAISING UP AND ATTACKING THE LIVING; THE UNDEAD ARE CONSUMING THE LIVING; and THE ZOMBIE APOCALYPSE IS UPON US! There were more…many, many more, but I couldn’t process it all. The scenes on the screen were akin to the movies I enjoyed watching.

I dropped the TV remote into a puddle of my vomit and staggered to my feet, slipping in the wet, slimy mess I’d made on the hardwood floor. I stumbled from the living room toward the front door. I had to see for myself… I had to see with my own eyes that the world was as the news said. I had to see the undead to believe I hadn’t had a psychological break watching my dad fuck the giggle-slut and then getting high.

Check out this book now to find out what happens!!!