Check out the teaser and then pick up Where Fallen Angel Lie or Whiskey Jack. 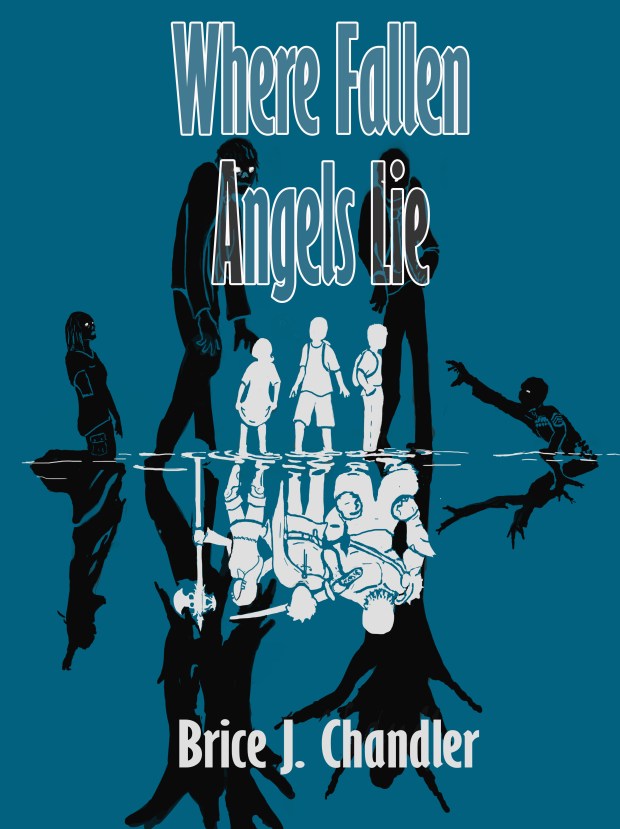 Preview of: Where Fallen Angels Lie
by Brice Chandler

They slipped from tree to tree. And now they were stuck – their progress stifled by a lazy zombie, smoldering in the heat. What made them lounge in the scorching sun like some copperhead basking out on a dirt road? Had their blood gone cold? Charlie guessed that it didn’t really matter. The only real question that did was whether they would make it pass the lounging zombie.

It rolled an empty beer can back forth with its fingertips as its arm dangled from the lounge chair.

Charlie noticed a red cooler next to the creature and wondered if there were more cans floating in stale water. Rohab seemed to have read his mind because his head shook as he poked it out from behind a sycamore. Charlie knew that they were both too young for alcohol, but he also knew that beer had a lot of calories and they could both use those. 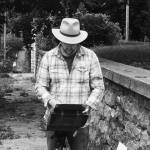 His stomach gurgled and moaned loud with the thought of food. Charlie mashed his teeth together so much that he was sure that Rohab thought he was some smiling maniac. That thought was reinforced as Rohab shook his head more vehemently and even added the universal sign of certain death by drawing a finger across his throat – that or he was threatening to kill Charlie himself if he kept taking chances, after all everyone knew that it sometimes came down to that kind of thing in apocalypse.

But his stomach didn’t take the warnings or threats of death seriously. It complained its emptiness to the wrong listener. Charlie heard the beer can roll across the deck before toppling over the side in an immediate silence. It struck him on the head with a pang, and continued to roll down the yard.

Charlie heard the zombie shift in its reclining position and suck in air through its nose like a hound snorting and sniffing on the trail of some unseen prey.

They were so close to the edge of the city, only to be caught by one of the undead. Charlie plunged through all of those hours, days even, where he had consumed novels, anime, and games. What would he do in the game.

He didn’t have long to consider before his friend decided for him. “Run!” Rohab screamed out to him before skidding away in loose gravel and dirt.Charlie sighed. If only if his friend had called out. Maybe then the noise would only draw the on zombie. But the panisked scream could draw a portion of the town’s zombie pop.

The porch dweller was no longer feeling lethargic. It crashed over the railing and almost landed on Charlie. Carlie didn’t give it the time to recover. He bolted after Rohab. He heard the monster roar out in its own way and scramble after them. It wasn’t far behind them. He heard its one shoe clop on the pavement while its bare food pattered. This one was not an olympic runner, but it kept pace with them, maybe even gained, as they heaved up a levy and across the railroad track.

Charlie scanned the dismal stretch of old abandoned road (abandoned even before the change). It wasn’t an impossible distance, as long as no other surprises burst from the surrounding woods, but the zombie was closing in on them – now that he stood frozen railroad tracks onto the rise. “Hey what are you doing?” his friend called out. “He’s going to see you.”

The fantasy drifted away, and Charlie spotted the barbecuer on his porch facing them. The man shielded his eyes and hunched over his porch rail to peer under the low branches at them. He leaned out as if those few inches would bring him close enough to identify the two boys that were headed towards the old ball park and the little creek beyond.

If you like what you read, check out Where Fallen Angels Lie and Whiskey Jackby Brice Chandler.