NOTE: This originally posted on the loving site of the one zpoc author shorter than myself, Jay Wilburn.

Check out this teaser from Jack Wallen’s Buy Zombie Buy, then buy it! Or begin with I Zombie I. 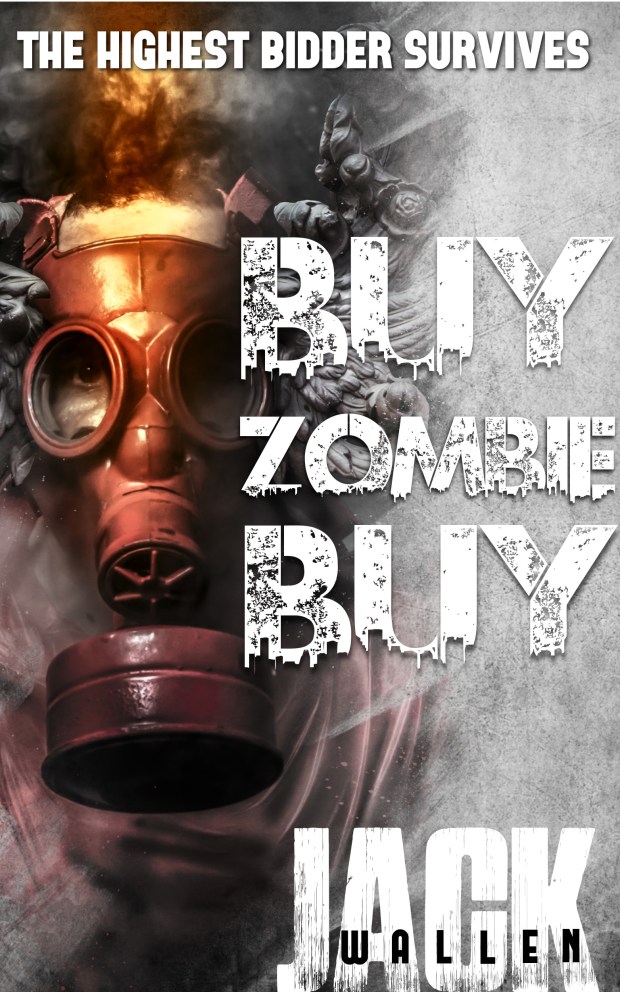 The voice was a mixture of static and nerves. Truth be told, the nerves were all me. My heart thumped in my ears, skewing the pitch and rhythm of every sound. Muscles vibrated and twitched under my skin. Another second and I’d certainly come undone. 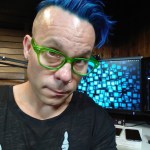 “Bethany,” the voice called out from beyond. “You there?”

I tapped the talk button on the walkie. “Here. Sorry.”

“Negative,” I responded to the curious Jamal. “Not a damn…”

My words were stopped short by the hell-born cry of a Screamer.

Ah, fate. It never ceased to amaze me how the irony of timing just couldn’t take a damn break—even with the apocalypse driving the universe forward.

The fact that we, the prey, were forcing nature’s hand to become the hunter also amazed me.

Fucking pissed me off.

I shouldn’t have been surprised by any one turn of events. The human race excelled at flipping the narrative. For a very long time we’d cowered under the weight of terror the undead brought about. We hid in the dark of night, ducked and dodged through cellars, attics, and sewers.

Now we had Fry…a weapon that would become the great liberator. All things were now equal.

Or so we hoped.

Dr. Richard Gerrand had developed a serum that would react based on the infected state of the victim. Inject the functioning undead with Fry, and they’d burn up from the inside. Inject the newly infected with the same golden liquid and, viola, the desire to nom gray matter would instantly abate.

I hated that phrase. Two words that could so easily deflate what little joy remained in the world.

The Screamer came into view. Once a man, ripped and lean, the thing raced into the four-way intersection, stopped, sniffed the air, and released a patented roar. I lifted the rifle scope to my eye and adjusted the sights until I could see every inch of sinewy flesh test the tensile strength of tendon and muscle.

“Go to Hell,” I whispered as I slowly released my breath and pulled the trigger.

With a crack, the dart was sent speeding toward the target. I continued watching through the scope to see the Screamer flinch when the projectile plunged into the meat of its right shoulder.

“Kiss kiss, foul creature,” I said with a joy I wanted to find sickening. When did I become that woman?

Wait…I knew the answer to that question. The day I had to put a bullet through the head of the man I loved, and had to rescue my cloned child from the group who’d zombified the vast majority of the world’s population.

That’s about right, the moment hatred germinated inside my heart.

The Screamer howled again. It shook its head, stumbled backward, and fell to its knees.

“SITREP, B,” Jamal demanded from the walkie.

I pressed the talk button. “Are we cosplaying Battlestar Galactica? Please tell me you’re in a Major Adama uniform?”

“That all depends,” Jamal returned. “Are you Kara Thrace, or Number Six?”

Before I could reply, the Screamer tilted its head back, roared to the sky, and proved the old trash rags of the eighties were correct—spontaneous human combustion was real. At least, it was if you were a zombie shot up with Dr. Richard Gerrand’s sure-fire cure for all that ails the human race.

“Fuck yeah!” I shouted into the walkie.

“I take it by your enthusiasm, you’re going with Kara Thrace?” Jamal called back through the radio.

“No, nerd boy, I just watched a damn Screamer go up in flames.”

“It worked?” Jamal shouted into the walkie.

My joyous cry was answered by the horrific mating call of the damned.

I had just shot my last dose of Fry. We each set out with three darts. My first two were wasted on missed shots, and my third had just unmade the undead.

Another sky-shattering scream echoed off every building in the vicinity.

“How fast can you reach me, Jamal?” I whispered.

A Clash song was stuck in my head. It may have been the last thing I heard from the world’s favorite DJ. Or maybe I was just in a punk state of mind. Either way, This is Radio Clash kept me company within the deep folds of my mind. Each verse was punctuated by an unholy scream not coming from the pirate satellite.

I lifted the scope back to my eye and scanned the area. The central location was a ghost town, haunted by a recursive, certain death.

Without thinking, I pressed the call button on the walkie. “Jamal?” I begged the universe not to have fucked me once again.

Neither Jamal nor the universe answered.

Fear gripped me by the nervous system and gave it a hard shake. Micro shock waves pulsed through the muscles surrounding my eyes to twitch my lids in a grand mal waltz of nerves.

The Screamer came into view, bounding into the intersection to play with its toy. It picked up the body, neck in one hand and ankles in the other, and pulled. The monster doubled down its effort until a fountain of blood erupted, showering the creature with crimson, and the body ripped in half.

Intestines flopped from the unsealed corpse and looped around the Screamer’s neck. The thing dropped the lower half of the body and buried its head into the opened torso.

It was then that Jamal came into view. He slid to a stop when he spotted the bastard creature.

My heart slammed into the back of my breastbone and a wellspring of tears flooded my cheeks. Joy and fear went to war in my mind.

Jamal glanced my way. He knew exactly where I was. I could see him calculating the distance and the time it would take to make it to me.

Jamal remained, tethered to his spot.

“What are you waiting for?”

If you liked what you read, pick up Buy Zombie Buy by Jack Wallen or begin the series now with book 1.