Skip to content
Home » blog » Teaser from Bob the Tacoholic

NOTE: This originally posted on an angel from Heaven’s page (some call him, Jay Wilburn).

Bob the Tacoholic is the latest work from Jaime Johnesee. Check out other Bob stories too. 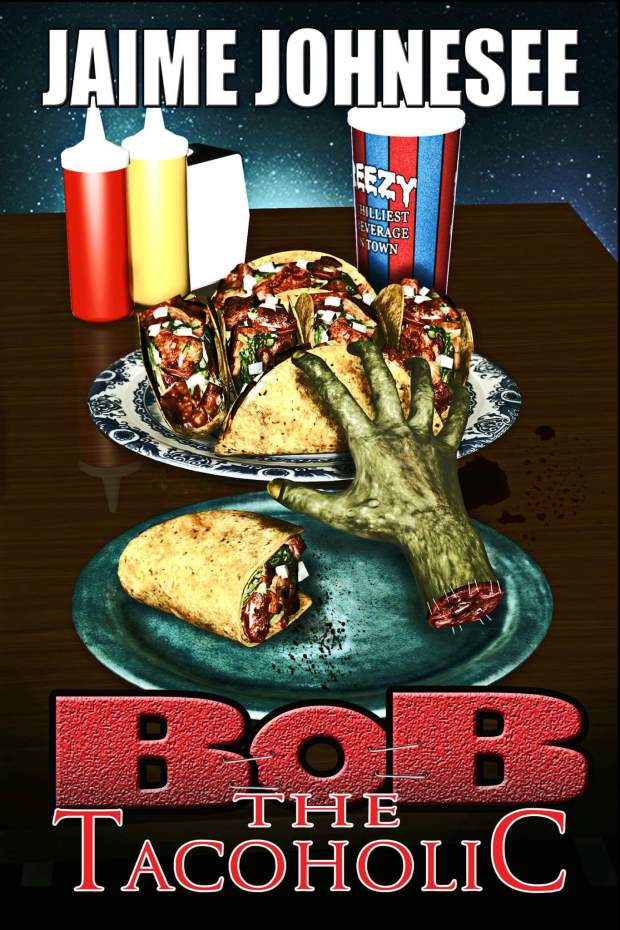 I have an affinity for tacos. It started before I died but continues well after. The delightful treat has been plentiful these days and life, overall, has been pretty quiet. Well, except the vampires came out from under the bed–by that I mean they announced their existence to humanity. It went better than expected.

We are talking with The Council to take the steps necessary to come out from under the bed ourselves. But we’re all watching the reaction the vamps get first.

Let’s be honest; a genetic disease is far less terrifying than a zombie. Add to that most people don’t think of zombies as intelligent and it gets pretty scary for my kind. Media these days portrays us as fevered monsters seeking to gorge on mankind and too many buy into that crap.

I’ll admit to eating brains, but I never killed anyone for them and I never would. Which is where tacos come in handy. I sublimate the cravings for brains and eat tacos instead.

The worst of it hit this summer. I found a new taqueria that I was loving. Three tacos for two bucks. These were quality tacos. 100% calves brains. Delectable to those with my refined—and by refined I mean rotting—palate.

I went there every day. Sometimes three times a day.  I know, bad Bob! I added extra money to the horde toilet paper fund so don’t start on me just yet.

After a few weeks I was finding it hard to come up with cash for my $40 a day taco habit. I began using credit cards. Then I started stealing from the horde.

Which is what brings us to this moment.

The moment I receive an intervention for what has become a huge problem for me.

I walked into the Bunkhouse–where my horde and I live–and saw all of my friends interspersed with my horde and I knew my problem had become a little too large for me to ignore.

“Bob, hey.” Sam met me awkwardly and gestured for me to sit in a chair in the middle of everything.

“What’s, uh, going on?” I held tight to my taqueria sack and its tasty treats.

“Um, thanks? Am I dying or something?” At this point I was starting to wonder.

“You have a problem, Bob.” Sam held my hands tight and looked me in the eyes.

“They’re just tacos, guys.” I held the bag up. “It’s not like I even got the twelve pack. It’s three tacos.”

“We’re thirty-seven thousand dollars in debt because of your taco habit,” Face snapped. He tried to keep his cool, but with that amount of debt, I didn’t blame him.

“What?” This number was not familiar to me.

“Some of the cards you used had extremely high interest rates and put you over limit then they started charging us fees. Your poor spending habits have bankrupted us.” I had to give him points for not ripping my head off.

I would’ve ripped my head off. This is probably why Face is our leader. So many thoughts rushed through my mind but the two most important were; How was I going to make this up to them and how soon could I get them to leave me alone so I could eat my tacos?

Jaime Johnesee lives in Michigan with her husband and two sons. She spent fourteen years as a zookeeper before shifting her focus to writing full time. Known for her bestselling horror comedy series, Bob the Zombie, she is also currently authoring the paranormal horror series, Samantha Reece Mysteries, for Devil Dog Press.

You can find more about Jaime on her official site, Amazon, as well as on Facebook, Twitter, and G+.