#WinterZombie has kicked up a full-on, blustery storm. One of the first spotlights of the year is Mark Cusco Ailes. 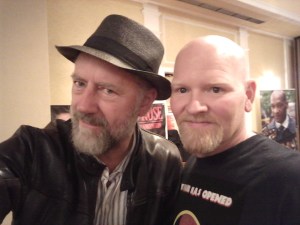 Jay: What is the title of your latest release? 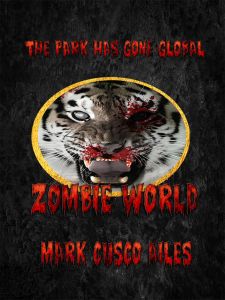 Jay: Read it. Loved it. Pretend like I’m new here though. Describe the book to me in a few sentences.

Mark: On the tropical island of Isla Zomblar …

Mark: … Zombie World provides a habitat for an array of genetically zombiefied humans and animals including tigers, polar bears and gorillas. Professor Ted Hollman has perfected his parent’s serum and has created zombies that will attract people from around the world. With tight security measures in place, he believes he has created the greatest and safest zombie park in the world. When the zombies escape from their enclosures, chaos and destruction ensue. Will the park’s security forces be able to stop the zombies from escaping the island or will the whole world suffer the same fate as the zombie park in the United States?

Jay: Oh, I know. You see, later in the book what happens is …

Mark: It’s a rhetorical question. Let everyone read for themselves.

Jay: Yes. Right. Good plan. What makes this book different from other works in the genre?

Mark: Due to the positive response from fans about my zombiefied animals from Zombie Park, I created another park filled with horrific zombiefied animals.  There are also superhuman zombies that put the ones from Resident Evil to shame. 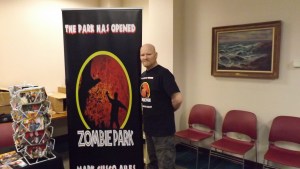 Jay: What were your inspirations, influences, or tributes in writing this book?

Mark: Since Zombie Park was based on the premise of Jurassic Park, Zombie World was influenced by Jurassic World.

Jay: Where does this one fit into the series?

Mark: Zombie World is the fourth book in the Z-Day series.

Mark: Zombie World is the best book in the series and I hope they will be blown away by the intensity of it.

Jay: If I want to be notified about upcoming zombie releases by Mark Cusco Ailes and Derek Ailes and receive a FREE copy of Werewolves, Zombies and Deadly Women, what should I do?

Jay: How do you speak in hyperlink like that? 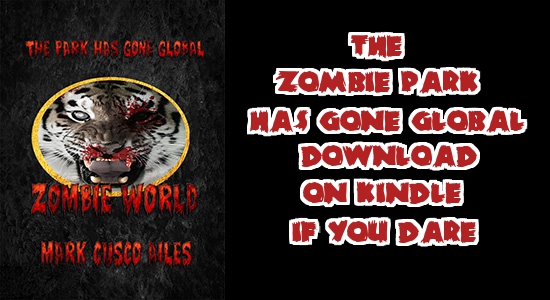