And now, the #WinterZombie proves it’s not immune to the effect of Gomez…Jessica Gomez.

NOTE: This post originally appeared on the site of the fantabulous Jay Wilburn. 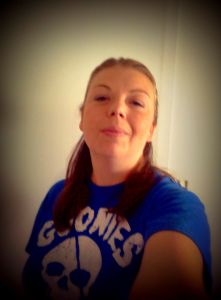 Jay: Your book came out right before the start of the tour, yes? 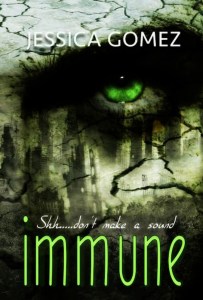 Jay: Spooky! Where does this second book in the series take us?

Jessica: They thought the worst was behind them, days of chaos and death. Relocating to the mountains of Oregon was supposed to give them a fresh start, but when the residents of the cave slowly begin to turn, they realize their horrors are not yet over.

Jay: Well, maybe it will be okay …

Jessica: The Infected are returning. 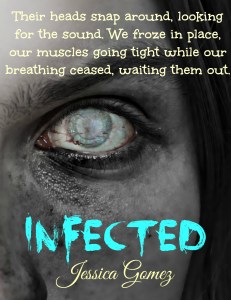 Jay: Oh, hell. What makes my books different than other books in this genre?

Jessica: I love the traditional Zombie book, but the great thing about this genre is that it allows you to develop your own creative way. I’ve read books from death and destruction, zombie mania to zombies that are almost intelligent. When I wrote the Flash series, INFECTED and IMMUNE, I wanted to bring something to the table that hadn’t been played on a repeating record. When the chemical weapon turned humans INFECTED they died on the spot or drove them to madness. The IMMUNE lived and breathed just like before the Flash, until years later, they begin to turn. An event the survivors thought was over. Once a person turns, their body decays, turning into rotting mush. Developing in intelligence as time goes on, the INFECTED hunt in packs and live in communities, plotting their chance to attack any living being.

Jay: What influenced the path of this book?

Jessica: I was finishing up a suspense romance from another series, when I watched a dooms day show on TV. It spoke about cave systems, old lava tunnels that were sufficient enough to maintain survival. The ones they spoke about were in the Arizona area, but when I did research, I was excited to discover they had the same tunnels in the mountains of Oregon. My home state. We have hot springs sporadically spread out over our mountains and it was extremely interesting to research their possibilities. The story was built around these tunnels and research. Of course, I added in the chemical weapon and man eating INFECTED to give it that little oomph.

Jay: If I had to place a warning label on this book, what would it say?

Jay: Oh, hell … Well, if it sells potato chips … What do you hope readers will take away from this work?

Jessica: A creative imagination. There are many variations of Zombie books. I hope this opens their minds to new paths. My book is more that death and chaos. A paranormal, apocalyptic, suspense, romance, will keep you ducking behind the covers.

Jay: Name all the places people can find you … All of them!!!