#WinterZombie couldn’t resist plunging its nasty icicles into my own festering flesh.

Jay Wilburn: Your mother named you something. What was it?!

Jack: That is my back-up career if writing ever slows down. 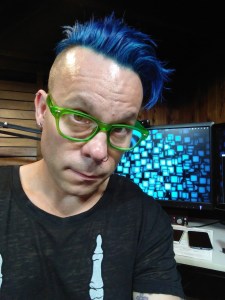 Jay: Walk me through it.

Jack: Chaos has spread its deadly fingers deep into the fabric of humanity and Bethany Nitshimi must keep company with enemies to restore order. As control unravels, the undead evolve and the one thing standing in the way of survival is a cure on the auction block.

Jay: Teaming up with your enemies in a zombie apocalypse has uneven results sometimes.

Jack: With Doctor Richard Gerrand on their side, Bethany and company are on the cusp of global salvation. But is the price for victory too high? 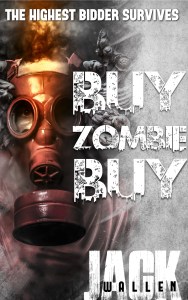 Jay: I bet it might be. Tell us about Bethany.

Jack: Bethany Nitshimi is not just a hacker extrordinaire, but what most people consider the messiah for the new world order. She’s intelligent and determined to not only take down the Zero Day Collective, but cure the Mengele Virus.

Jay: Tell us about Jamal.

Jamal studies computer engineering with Bethany in college. They went their separate ways after graduation, but the apocalypse has a way of bringing brilliant minds together.

Jay: Who else? Oh, what about Morgan and Josh? 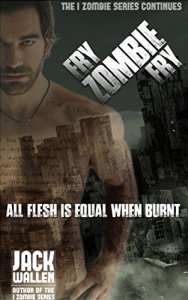 Jay: Fry Zombie Fry had me excited for book 7 to come out. You evolved the zombies and the humans in your story a bit since the first book, haven’t you?

Jack: Yes,I’ve spent a great amount of time evolving the undead while devolving the living since I Zombie I. On top of that, my main protagonist is a strong female who surives primarily by her intellect. On another level, I’ve worked very hard to craft a “thinking reader’s” apocalyptic series.

Jay: Where does this book break with the genre traditions?

Jack: This book is somewhat of a departure from the standard in the genre, but also for my series itself. I don’t want to get into the specifics (so not to give anything away), but everything changes in this one book. You could say this marks a shift in the narrative of the series…one that was necessary  because I plan on bridging this series to yet another series, called The Book of Jacob.

Jay: Come on. Give it away. 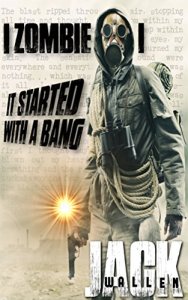 Jay: You seem to me like an artist that takes in outside influences from the world as you create. How does that play into this work?

Jack: The music of Devin Townsend did a lot to inspire Buy Zombie Buy. His unique take on society and the rules by which we participate within its structure held quite a bit of sway over me during the creation of this work. I also have a very good team of beta readers. One, in particular, Karen Dziegiel had some fantastic input.

Jay: Where does this book land in your zombie universe?

Jack: This is the seventh book in the main series. Within my I Zombie universe there is the main series (all of which follow the title structure of X Zombie X, with X being a repeated word rhyming with I—I Zombie I, My Zombie My, Die Zombie Die, etc.) and a number of spin off series (The Last Casket, Zombie Radio, Teenage Wasteland, Reunion).

Jay: You’ve been building toward something in the series leading up to Buy Zombie Buy.

Jack: As I mentioned before, there is one very crucial element of this story that drastically changes the overall arc of the series. I did this intentionally to prevent the series from becoming too cyclical.

Jack: Warning: The words within these pages might make you think, alter your trajectory, change your perspective, reboot your life, want to learn…or open a dictionary.

Jack: Within the realm of nature, evolution continues undeterred. If the human race doesn’t keep up with the natural progress, we devolve and we lose. When evolution and devolution run in opposition, the line between between man and monster fades to black. At this point, the beast exists on both sides of the mirror.