#WinterZombie is relentless and is sure to blow the hat off your head…even when you are Brice J. Chandler.

NOTE: This entry was originally posted by the wondrous Jay Wilburn. Check him out now. 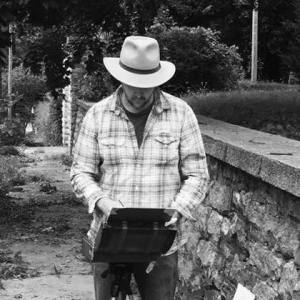 Jay: What book did you write? 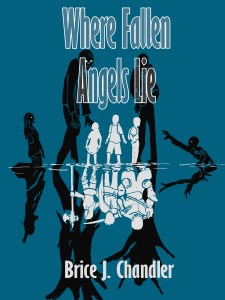 Jay: Tell us about it.

Brice: Where Fallen Angels Lie follows avid virtual gamer and zombie fan, 13-year-old Charlie, and his friend, Rohab. Both are desperate to escape their small town and become game developers. In an effort to impress the developers of their favorite game, they begin working on a zombie mod. But the mod threatens to spiral out of their control and destroy the virtual world.

Jay: What happens outside the game?

Brice: Outside of the game, the boys deal with Charlie’s hateful uncle who condemns Charlie for befriending Rohab, a refugee from a war torn country where Charlie’s father was killed.

Jay: What do you see as the key difference between this book and others in the genre?

Brice: The zombies in this book only appear in the virtual world, but that apocalypse might as well be real for the boys since the game is their only escape from a real life that is socially breaking apart.

Jay: That’s interesting. Next question, I … hey, where are you going? … I was … I guess the interview is over …