Skip to content
Home » News » In This Moment’s “Blood”: Beyond great music — inspiration

Everyone in the Jackverse knows how important music is to me. It has served me in so many ways over the years — as motivation, joy, emotional healing…therapy. Music has also, in many cases, been a source of inspiration for me when writing. For example: 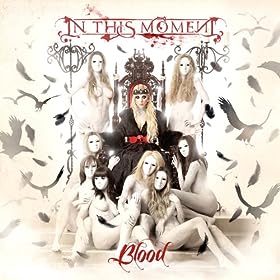 My next project will be another Fringe Killer novel called “Control”. I had yet to find a piece of music to help drive that story forward…

But then, I purchased In This Moment’s “Blood” and it hit me… hard… and fast. I get a little crazy about music. I’ll find inspiration in the space between the notes — in the drifting and soaring of a melody, in the metronomic beat of the drums (I know, I made up that word). When I heard the title track from the new release from In This Moment, it was in the brief moment before the first chorus that I found the inspiration for my next novel Control.

The book Control is about a mentally and physically abused woman taking back control of her life (from the one who abused her). That is all I will give away about the story — but think about that idea and listen to the song (link below). When you hear the moment before the first chorus, think about someone giving in to rage and taking back power from that which robbed her of her life and will.

But the inspiration for the new book doesn’t stop at the title track. In fact, the entire release seemed to have been written for the sole purpose of empowering Jack Wallen (that’s me) to go back to the Fringe Killer series with an overpowering passion for creating something brutal and beautiful. Songs like “Burn” with lyrics such as:

make it so easy to dig deep into the wells of my muse and find exactly what I need to write this next book. I know In This Moment isn’t for everyone. But for any of you looking for some tortuously lovely music, “Blood” should fit the bill perfectly. Although it’s going to be a tall task for the band to ever top their song “Mechanical Love” (That’s the song that got me into the band), Blood is, by far, their best release to date. So, if you’re looking for some new music to kick your muse in the junk, or just some new music to fuel your rage — take a listen to the tune below and then hop on over to Amazon and buy this bitch!