Skip to content
Home » blog » Hidden Gems of the Genre

NOTE: #jaywilburnisstillawesome and this was originally posted on his site. 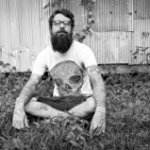 For most authors of the horror genre who write books about zombies, they have their beginnings as fans themselves. For most they lean toward movies like Day of the Dead, Dawn on the Dead, Night of the Living Dead, or the Return of the Living Dead series. And now today for younger fans and writers there is The Walking Dead. But somehow there is always that one movie, show, or book that somehow slips through the cracks within the zombie genre that helped make it into what it is today. In my opinion that movie is called The Dead Next Door. If you haven’t seen this film it is a must see for fans of any of the previously mentioned titles. It is clearly an homage to the greats of the 1970’s and 1980’s with its wit and banter. Although the film does not take itself seriously, I feel that any fan of the genre should consider it to be one of the greats. The special effects are on point for the time with so much red syrup that you hope no one slipped and broke a hip in the making of the movie. Aside from that, the movie is just good old fun and humor with several hints at respect toward the greats like George A. Romero. If you haven’t seen this movie, then recommend The Dead Next Door. Last time I watched it, it was actually free to watch on YouTube. All of us zombie writers have to draw our inspiration from somewhere. And for me, The Dead Next Door is a hidden gem that most people have overlooked packed full of inspiration, laughs, and gore. 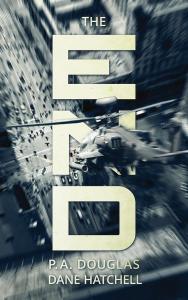 Check out THE END by PA Douglas and Dane Hatchell. Check out the custom patches Douglas makes also.